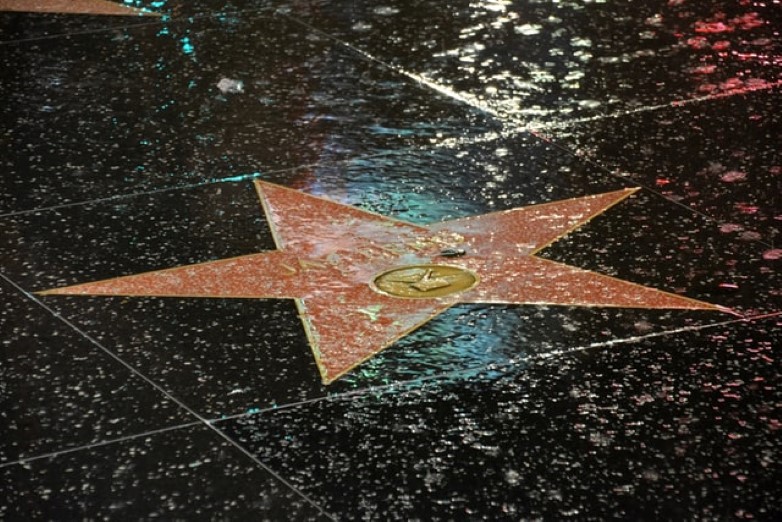 Celebrity patents are more common than many would expect. It’s not only scientists, zany inventors and large corporations hold patents, but many famous people have patents as well! This list will show some of the incredible & extraordinary ideas that have been patented by people from Michael Jackson, to Kanye West and Steven Spielberg. Thanks to the publish link option in PatBase, it’s easy to share these inventions with anyone, even non-PatBase users!

Jamie Lee Curtis – A diaper with inside pocket for wipes

In 1987, the actress Jamie Lee Curtis was fed up with carrying wipes and diapers separately when both items are normally needed at the same time. So, Curtis patented this invention in which the wipes would be kept in a pocket inside the diaper, topped with a soft material to ensure the comfort of the baby.

The guitar solo on the track Eruption by Val Halen, one of the pioneers of heavy metal, is widely considered one of the best and most difficult in history. Eddie Van Halen introduced the “tapping” technique to rock, a guitar technique in which the hand of the pick is also used to press the strings against the mast. To apply this technique more simply, and without the need to sit down, the guitarist invented a piece that, held in the back of the instrument, allowed it to rest against the body so that it did not move. A great example of celebrity patents that highlight a notable moment in a person’s career – in this case one of the best-known guitar solos of all time!

Steven Spielberg – A device to change direction in a ‘travelling’.

In 1997, the American director and producer patented this small object which, placed on the rails on which the camera slides during filming, allows changes of direction and orientation to be made smoothly and without the need to stop the recording.

Rapper, producer and designer, Kanye West patented this audio-visual viewing system in which screens are placed not only in front, but also on the side walls, ceiling and floor, to generate a sense of immersion for the audience. It could be used for cinemas or art installations, for example. The layout of the screens takes on a pyramidal shape from the outside according to the patent it can be used in various sizes and solutions.

For decades, the whole world has wondered how Michael Jackson and his dancers were able to lean at a 45-degree angle without falling. The trick to the move is these anti-gravity shoes which were patented with the USPTO in 1992. These shoes that hold part of the leg of the wearer so they can bend more comfortably and have a hook in the heel that is attached to the other part of the fixation, located on the stage, just sliding the shoe. That’s why you have to slide your feet so much. The result, as the singer himself describes in the document: “Allows the wearer of the shoes to lean forward beyond their point of gravity”.

Balenciaga was a Spanish Basque fashion designer and the founder of the Balenciaga fashion house. He had a reputation as a couturier of uncompromising standards and was admired by both Christian Dior and Coco Chanel. Beyond his unmistakable creations, Balenciaga also invented a system to sew socks in a quicker and simpler way. The system consisted of placing the knitted cylinder in a tube and sewing the final end, so that the seam was placed on the tip of the foot, so that it was virtually invisible and did not harm the sole of the foot.

Many celebrity patents give registered throughout their lives often give a clue to their secret hobbies. In the case of musician and composer, Neil Young, this appears to be remote control trains. In 2003, he patented this model with lights, smoke, sounds and a series of technological advances that improve the dynamics and movement of the train resulting in a more realistic experience.

Prince was an icon in the music industry known for his uncanny ability to play many different instruments like an expert. But his talents didn’t end at performing – he actually went so far as to design gear. Prince is listed as the sole inventor on a U.S. patent for a particular custom keytar, a variant of the keyboard-guitar hybrid that resembles a scimitar.

The master of escapism, magician Houdini, also known as “the man impossible to lock up” designed this “easier to remove” diver suit. This invention is one of the earliest examples of celebrity patents, originally registered in 1921! The object of the invention was not so much to surprise his public with an “even more difficult” trick, but to ensure that a diver could quickly get rid of the suit in case of an emergency and reach the surface safe and sound. But perhaps he also used it in his magic shows…

View all patents in PatBase.

This article uses the publish link function to share the original documents behind these celebrity patents. This function makes it super easy to share important patents with your colleagues or clients, regardless of whether or not they are users. When publishing a folder, you can include your own insights by adding notes to documents or custom user fields where applicable.

The newly updated Export Wizard provides an alternative way of sharing There are options to create custom exports which allow the complete tailoring of the data, images and links which will be exported. In addition, legal status information can be included with options to filter by country/date and the ability to link to the legal status timeline for the patents of interest.

In recently launched Analytics V2.0, sharing with clients and colleagues has never been easier, thanks to the new Analytics viewer. Users can share charts easily with specific recipients; a new “Note” feature allows users to add descriptions or comments to the data, which will be shared alongside the chart – so you can quickly add your expertise.