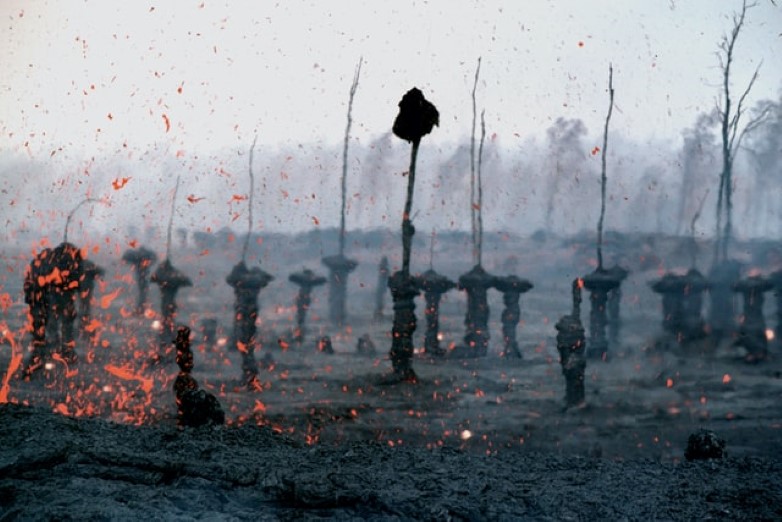 One of the signposts of advanced society is disaster preparedness. In a world increasingly affected by changes in the environment, disaster mitigation and relief has never been more important. Many military technologies, originally borne out of necessity, have trickled down into the mainstream population for civilian use, like GPS, EpiPens and duct tape.

Patent data is essential to disaster relief innovations, from repurposing previous inventions to finding white spaces for your own innovations. Minesoft products such as PatBase provide access to comprehensive and quality checked patent documents, with high-level features which allow this complex information to be searched, reviewed and analysed with ease.

All publications mentioned in this blog post can be found in the PatBase folder “Disaster_Innovations”, linked here. This can also be accessed by non-PatBase users.

An inflatable, fireproof, waterproof, concrete-laden, fabric. When soaked with water, can be used as a versatile structural shell. Earth may be packed on top of it for thermal insulation.

“A knitted spacer fabric having a tightly knitted bottom layer, a more loosely knitted upper layer and linking fibres extending across the space between the lower and upper faces. Settable material, e.g. cement, is introduced into the space between the upper and lower faces and can be caused to set by the addition of a liquid, e.g. water. Until set, the fabric is flexible and can be shaped but after the material in space has set, the fabric is rigid and can be used as a structural element in a wide range of situations.”

Design and construction method to build from the top down on a suspension framework in order to reduce foundation related risks (e.g. natural disaster).


Inflatable solar-powered lights and lanterns. In some cases, 100% waterproof, dustproof, water buoyant and with 2 years of storage life in the solar battery.


Plastic chamber that desalinates seawater using mechanisms of evaporation. Utilizes separate chambers and a condensation zone to separate seawater into freshwater and brine.

“The device uses a box made of plastic materials… which is exposed, with an inclined black surface, to solar rays. A plastic fibre mat attached to the inside has an end which dips into a compartment of the northern side of the box, filled with seawater. The fluid absorbed by the porous mat is evaporated and condenses on a cool partition wall to fill a compartment for portable water. The brine drips out at the other end of the mat into a brine compartment. The flow rate of the fluid through the mat can be controlled by a manually or automatically adjustable squeeze bar.”

Injecting smoke into the lower parts of a hurricane, causing water vapour to condense at a lower altitude than usual, and form droplets that are too small to fall as rain. This interrupts ‘Heat Cycling’ from warm waters on the surface of the sea, the process by which hurricanes derive their immense power.

Personal, mobile device that detects the presence, intensity and source of radiation.

“A personal radiation monitor comprising a counter tube, a voltage supply, a storage condenser… an integrating network connected in series circuit… a visual signalling device… an oscillator [for] voltage supply; means for controlling the frequency of said oscillator… and means to derive an audible signal…”

Amphibious vehicle for aid transport or person rescue, particularly in situations of disaster and emergency.

“An amphibious vehicle for transiting deep or shallow waters and/or the full range of wetland and dry soil environments, consists of a box-like structure with buoyant tracks that are powered to move around the structure… The amphibious vehicle can transport heavy equipment and personnel from ships located offshore, across undeveloped beaches, to positions ashore.”

Minesoft develops international searchable patent databases and web-based products for Intellectual Property (IP) research. Patent data contains approximately 70% of the world’s scientific knowledge and this information can be used as a way to encourage international innovation in a given industry. Access to this data is crucial for countries and organisations to innovate; it’s our company ethos to encourage this innovation worldwide.

To learn more about Minesoft and our free webinar training opportunities, click here.