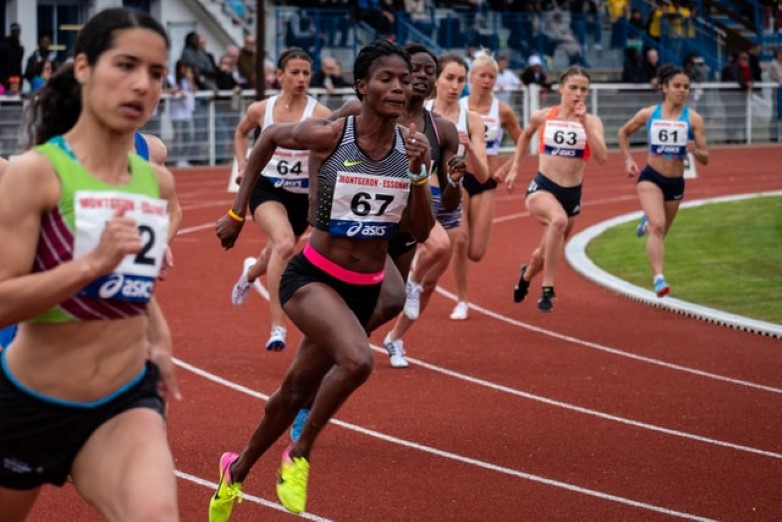 A recent feature by the USPTO called “Establishing the new fit” presents the inventors of the sports bra and their story, following their recent visit to the National Inventors Hall of Fame Museum in the US. Polly Smith, Hinda Schreiber (now Miller) and Eugenie (Lisa) Lindahl are the listed inventors on their US patent application for the first “Athletic brassiere” (Application number: US19780965381).

According to the article, the idea for the invention came about in 1977 while childhood friends Lindahl and Smith were living together. Lindahl was an avid runner, who wondered why there wasn’t a solution for the discomfort she experienced while running. She had no experience sewing, so she enlisted help from costume designer, Smith, who was at the time working with Miller, her assistant costume designer at the Champlain Shakespeare Festival in Vermont. Together, the team became the founders of Jogbra Inc. (JBI), the first women-owned sporting goods business. Their first US sports bra patent application was published on November 20th, 1979. Now it has become standard wear for all women, and you can buy a range of different sports bras on sites such as https://www.ryderwear.com/collections/womens-sports-bras at the click of button.

On the global patent database, PatBase, it is simple to search by application number, date, keywords, inventors and more to find information of interest. Reviewing information is also easy to do as patents are organised into patent families so all publications related to the same invention are grouped. There are also direct links to the original publication documents and any patent drawings can be reviewed on the image mosaic.

The Jogbra empowered women to get more involved in sports and fitness. Women could complete long-distance runs without feeling the discomforts, and female athletes have gone on to reach new milestones and records in competitions with the help of sports bras.

Forward citations can be a good indicator of the value of an invention and the impact it has on a technology area. A forward citation is a patent document that references an existing patent, building on the idea. On PatBase, top citing assignees can be viewed as a graph or a tree using the integrated Citation Explorer module.

The tree below shows the backwards citation assignees on the left and the forwards citation assignees on the right for Jogbra Inc.’s sports bra patent. Some notable citing assignees are sports apparel brands such as Asics, Speedo, Lululemon, Nike, Under Armour, North Face, and more general undergarment brands such as Hunkemoller, Victoria’s Secret, and Spanx. These forward citations conclusively show that the original invention by JBI has inspired development in this area by major sports and apparel brands who have contributed to further popularising athletic wear, influencing the ongoing fashion trend of “athleisure” or “activewear” -wearing athletic gear, not just for sports.

This interactive tree can be clicked, and branches expanded to see further citations for each assignee. Within Citation Explorer, users can also view backwards and forwards citation documents side by side for a direct comparison. This ability is a game-changer for patent citation examiners as it speeds up review and allows for seamless navigation across any related citations.