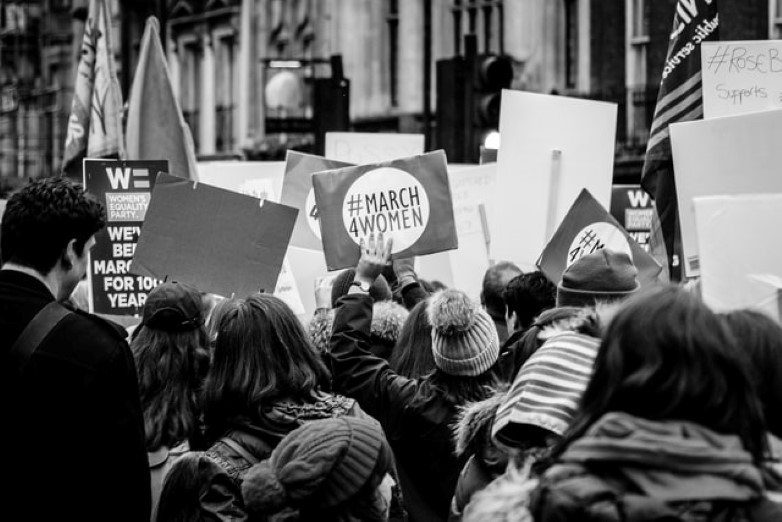 The Intellectual Property Subcommittee has introduced a legislation to gather demographic data on patent applicants with the hope that this will address the inequality between the gender and ethnic backgrounds of inventors.

According to studies, women and minorities apply for and receive patents at a much slower pace than white male inventors, highlighting the issues surronding inequality in intellectual property and innovation. “Women contributed less than 8% of all inventorships for the entire period (1976–2013) and contributed 10.8% in the most recent year (2013); an increase from 2.7% in 1976”. The reasons for this stem from varied factors, such as, women not being allowed to register for a patent until 1845, women being underrepresented in patent-intensive fields, and men being four times more likely than women to receive outside funding for their business ventures. “While the average USPTO registration for racial minorities since 2000 has hovered around 6.5 percent”. These issues have derived from the income inequality and systemic racism in education and employment opportunities that communities of colour have faced for years.

The new bill introduced by the Intellectual Property Subcommittee, known as the ‘‘Inventor Diversity for Economic Advancement Act of 2021’’ or the ‘‘IDEA Act’’, will reliably measure demographic information, in hopes of improving diversity. The idea act will collect data to help gain insight into the statistics of which women, people of colour, and low-income individuals are inventing and patenting.

Here are some of the ground-breaking patent holders who have made life-changing innovations and scientific advancements, from the everyday to the extraordinary.

Sarah E Goode was one of the first African American inventors to receive a U.S. Patent in 1885, for her invention of the folding cabinet bed. Sarah was born into slavery in Ohio and received her freedom after the civil war when slavery was abolished in 1865. With her newfound freedom, Sarah moved to Chicago with her husband who was a carpenter, and they opened a furniture store. It was here that Goode invented the folding cabinet bed, which allowed people who lived in small homes or cramped apartments to make better use of their available space.

Janet Emerson Bashen is the founder and CEO of the Bashen Corporation, a leading HR consulting firm that specialises in offering Equal Employment Opportunity (EEO) compliance and technology services. She also became the first African American woman in the United States to hold a patent for a software invention.

The below patent shows the software that Janet created known as ‘LinkLine.’ It is a ‘web-based application for Equal Employment Opportunity (EEO) claims intake and tracking, claims management, and document management.’ Janet received her patent in 2006 and since then, the Bashen firm has created many different software packages to help with business compliance.

Dr. Arlyne Simon is a biomedical engineer from Dominica, she is a STEM advocate and is committed to creating next-generation technology that will transform medicine. She wants to help others, especially girls and children of colour, realise they, too, can be scientists, inventors, and entrepreneurs through public speaking, mentorship, and her own children’s book company.

This patent was developed by Arlyne and three of her peers when they were studying for their PhD at the University of Michigan. The patent displayed is of a blood test that can help detect when cancer patients refuse bone marrow transplants.

Women and minority inventors have produced some of the most significant inventions but are still underrepresented, we must work to close the gap and provide all individuals with the opportunity to innovate. At Minesoft, we are enthusiastic about supporting women from all backgrounds, therefore, we are excited to be sponsoring the Best Female Entrepreneur award for the Regional Chamber of Commerce Business Awards this summer. This award was previously won by Ann Chapman-Daniel who co-founded Minesoft in 1996 with husband Ophir Daniel. The company, which now has offices in the UK, USA, and Germany, has developed a suite of patent solutions that help many Fortune 500 and FTSE 100 companies exploit the intelligence found in the most comprehensive source of ideas available – patents. Additionally, Minesoft was chosen to feature in the “A vote for Women” recent USA 2020 Centennial Initiative book. It marked the ratification of the 19th amendment, which gave women the right to vote by preventing voter discrimination based on gender. This is just one of the many obstacle’s women have faced, “a fact that makes it all the more important to raise awareness of the suffrage movement’s triumphs and of the challenges that persist.”

The above patent data was gathered from PatBase, a trusted patent search tool used by many large corporations, as well as universities, law firms, and SMEs. The online platform enables international users to search in their native language across millions of patent documents at once, review machine-translated full-texts, and run an instant analysis. Vital technical information can be consulted anytime and anywhere with an internet connection.

To learn more about how PatBase can help you with your technology & patent research, contact us at [email protected] to request a commitment-free two-week free trial!