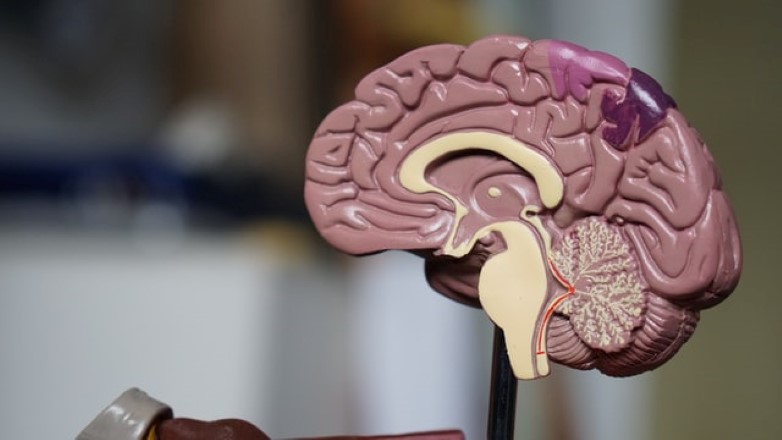 Nuclear Medicine: the past, present and future of brain cancer imaging

All of the greatest, most renowned inventions start with an idea and patents are often the first and only source of these ideas, as most are never published elsewhere. Holding approximately 70% of the world’s technical and scientific information, patent data is a crucial resource for inter-disciplinary research and development. This article uses patent data to explore how particle physics has contributed to medical practices, merging to form the field known as ‘nuclear medicine’. The World Intellectual Property Organization’s Innovation Index references PET scanners, particularly, as a prime example of the marriage between particle physics and imaging tools. This article utilizes the example of medical imaging, namely PET scanners, to shed light on the nature and importance of shared data within the technical sphere.

Only a few months after Wilhelm Roentgen first reported the discovery of x-rays in 1895, neurosurgeon Fedor Krause began regularly using x-rays to pin-point brain tumours and published a volume of text on the subject in 1908. This was the first neurological text to contain a specific chapter that showed x-ray images of neurological procedures and pathology.

Less than 25 years later, in Stockholm, Erik Lysholm presented the “skull table” apparatus capable of displaying the anatomy of the skull. By rotating the x-ray source in a circle while maintaining a central spot, he created Planar Tomography.

In the late 1940s, George E. Moore, a surgeon in Minneapolis, suggested that some brain tumours could locally take up a radiotracer. He began by injecting such a tracer, which outlined tumours at the time of surgery, and then tagged the tracer with a dye, which allowed visualisation of the tumours before surgery. This began the era of brain scanning.

(A radiotracer is a chemical compound in which one or more atoms have been replaced by a radionuclide; A radionuclide is an atom with excess nuclear energy, emitted, in this case, as radiation.)

In 1959 Georges Charpak joined the staff of CERN, where he eventually invented and developed the multiwire proportional chamber (made public in 1968). This promised to be a more effective way of detecting particles. Georges went on to win the 1992 Nobel Prize in physics for “his invention and development of particle detectors, in particular the multiwire proportional chamber.” Interestingly, Georges won the Nobel Prize not for the invention itself, but for its application specifically in medicine, explicitly stated in the patent.

Taken from PatBase’s machine translation of publication FR1322987 A’s abstract: This apparatus determines the position and passage of particles, with information on the construction of equipment, applicable to both medical and industrial use.

PET scanners, used mostly in patients with brain or heart conditions and cancer, differ from other nuclear medicine examinations by detecting cell metabolism. In this way, PET detects chemical changes in an organ that can identify the onset of a disease before physical changes can be seen. A recent development and perhaps the future of brain imaging is the wearable PET scanner.

The AM-PET is a wearable helmet that allows PET imaging to be done while the subject is sitting upright or walking. It has the potential to tell us more about the relationship between the brain and movement. It may also provide more insight on the deeper structures of the brain. When the AM-PET is compared to a traditional PET scanner, it provides higher resolution images, increased sensitivity while allowing the patient to have a greater range of motion, and also allows for lower radiation doses.

By interrogating clean and comprehensive data in PatBase Analytics, it’s easy to generate informative graphs and visualise the full landscape of a technology area. For example, the patent application distribution over time by company provides insights into industry significant events and inventions and identifies the key players in the field. By looking at past patent data, we may be able to infer the future trends of the technology.

The above graph shows the number of patent applications published each year (dark blue), and the number of those which were subsequently granted (light blue), relating to PET Scanners. Since 1998, the number of applications and grants has grown significantly. There are notable peaks in the number of applications in certain years, for example, in 1998. This coincides with the first prototype PET/CT scanner becoming functional and being installed at the University of Pittsburgh. The next peak takes place in 2001, after the first commercial system (the Discovery LS by GE Healthcare) reached the market.

As the market grew for PET Scanners, the number of applications continued to rise until a sharp drop in 2010. Notably, this is the same year Siemens installed the first APD-base whole-body PET/MR at the Technical University in Munich, capable of simultaneous imaging. Magnetic Resonance Imaging (MRI) has been said to be a ground-breaking technology, offering better soft tissue imaging compared to CT imaging, which is especially suitable for cerebral, abdominal and pelvic imaging. The cause of the anomalous dip in applications between 2010-2014 is unclear, however, grant density reached its highest peak in 2014, even though the number of applications was low compared to the previous decade.

Overall, the market for PET scanners is expected to grow approximately 1% annually until 2023, when it is expected to reach a market value of $790 million USD. The trend of increasing grants from 2015 to 2019 could mean there is new technology in this field that is yet to become commercially available.

The graph below shows the number of applications from the top 5 assignees over the past 30 years. The top 5 assignees are a mix of electronics/technology companies and medical/pharmaceutical companies. It is interesting to see there are similarities between the countries where early inventors of Nuclear Medicine resided, and the jurisdictions where the top 5 assignees are headquartered, namely Germany (Siemens), US (GE) and Switzerland (Novartis).

The earliest rise in application density occurred in 1984-1988 when 11 applications published by Siemens. Between 1992 and 1995, the graph reveals a large spike in the number of General Electric’s applications surrounding PET Scanners. This, of course, precedes the launch of their commercially available PET/CT Scanner in 2001. Notable peaks for other assignees include 2005 for Phillips, 2009 for Georgia Tech Research Group, and 2014 for Novartis, which seems to also be the first time the company has made any applications surrounding PET Scanners.

It is worth noting that there is 18-month lag between applications being filed and published. This accounts for the decline in applications after 2018.

All charts and graphs featured in this article were created in PatBase Analytics V2, included in all PatBase subscriptions at no extra cost. Users can visualise a birds-eye view of market trends and key competitors, as well as identification of potential business partners and licensing partners. Visually appealing reports communicate the results of a patent analysis clearly to decision makers in a boardroom environment, even those without patent know-how!

PatBase is a software solution for patent research and analysis. Integrated analytics tools allow organisations to conduct Freedom to Operate and Patent Landscape searches with PatBase. Furthermore, clean, comprehensive data, and powerful, limitless analysis allow companies to rapidly and easily extract business critical patent information. Minesoft seeks to aid the global exchange of knowledge through patent data, and both the past effect and future potential of nuclear medicine exemplifies why this is important. Patent data is an invaluable tool for gaining competitive intelligence, but it is also a treasure-trove of technical knowledge.

Go to www.minesoft.com for more information.