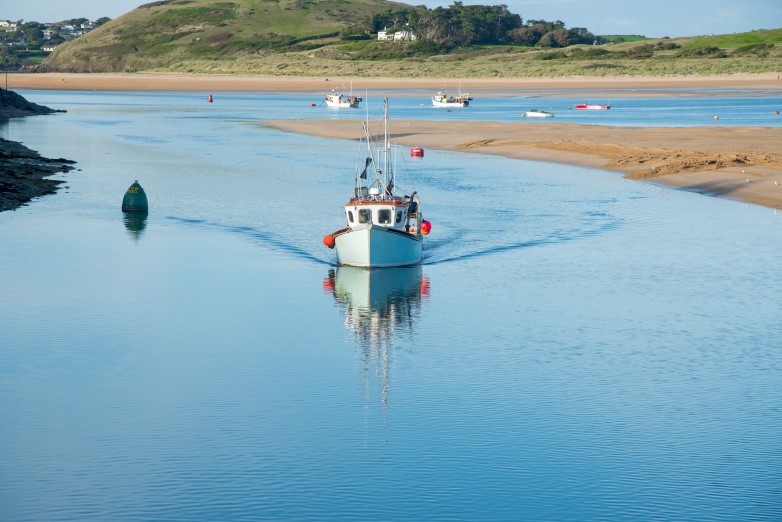 Our oceans are vital to humans’ survival, the balance of ecosystems and the future of our planet. For decades, climate change, pollution, and unsustainable fishing has put widespread and severe pressure on oceans and marine life. This in turn has a knock-on effect causing marine fisheries to diminish, with some species being hunted to near extinction, bleaching of coral reefs, rising sea levels, falling pH levels and the proliferation of toxic algae. However, it is not all doom and gloom. Ocean conservation efforts have intensified over recent years with the development and adoption of disruptive technologies to help preserve marine life and reverse or curb these longstanding threats.

The Turtle Excluder Device (TED) aims to protect sea turtles and larger sea animals from bycatch, injury and death during fishing operations. It’s believed that one of the first TEDs was invented by a Georgia fisherman named Sinky Boone and then developed further by Noah J Saunders and the US National Fisheries Marine Service (click here to view the patent in PatBase).

A TED is a grid of bars with an opening either at the top or the bottom of the trawl net. Small animals, like shrimp, pass though the bars and are caught in the bag end of the trawl. When larger animals, such as sea turtles and sharks, are captured in the trawl, they strike the grid bars and are ejected through the opening. In 1987, it became a legal requirement for all shrimp trawlers who wished to export to the US to have a TED fitted on their nets, thus helping to protect sea turtles and other sea animals from bycatch.

In 2017, a team of researchers from Bangor University conducted a study, published in Journal of the Marine Biological Association of the United Kingdom, which inverted an old fishing technique of shining a light on water to attract fish into a net. They tested the effect of lights in reducing the number of haddock and flatfish caught in a queen scallop fishery off the Isle of Man.

The study found that although existing devices to reduce bycatch were effective in depths of 29-40 metres, they had no effect in deeper waters of 45-95 metres. Once LEDs were added to the device exits, haddock and flatfish bycatch were reduced by 47% and 25% respectively. This research could provide a cost-effective way to protect species from bycatch, as well as fisherman whose fisheries can be closed under EU law to allow vulnerable stocks to recover.

Seabird bycatch in pelagic longlining has long been one of the biggest environmental challenges faced by the fishing industry, with seabirds diving to retrieve the bait on fishing hooks resulting in severe injuries or death. Looking to prevent this, UK-based company Hookpod Ltd developed a device that fits seamlessly into the fishing operation whilst preventing the bycatch of seabirds (click here to view in PatBase).

The Hookpod works by enclosing the barb of the hook in a polycarbonate capsule, with a pressure release mechanism that relies on deep water pressure to fire a piston to open the device, releasing the hook to start fishing. The device opens at 20 metres, removing the risk of seabirds diving to catch the bait and is re-usable to prevent plastic waste.

These and many more ocean conservation innovations are a step in the right direction to help protect marine life and mitigate climate change. With much more that still needs to be done, initiatives such as UpLink and Oceans X Labs have been put in place to help bring innovators together and facilitate the development of ground-breaking technologies.