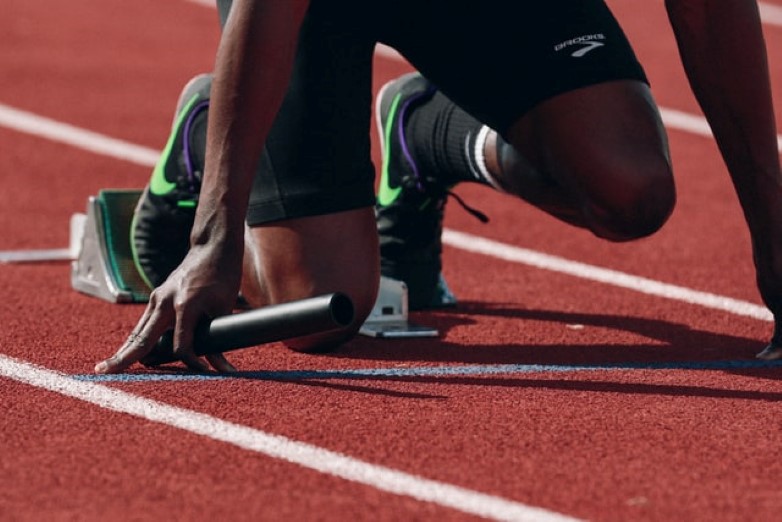 From Thomas Edison’s light bulb to pioneering drug treatments, inventions are essential for mankind’s progression. This technological development crosses all industries but for the sporting industry it can raise some ethical questions. When do these innovations designed to make sports safer or help athletes to achieve even greater feats, surpass the actual physical performance of the athlete? Looking at some sports patents which have made headlines over the past decade or so gives an insight into where international sports associations draw the line.

After runner, Eliud Kipchoge, recently made history in Vienna by completing a marathon in under 2 hours, the shoes he wore have been scrutinised by many. Kipchoge’s victory required a lot of planning, from the perfectly flat course to the favourable weather, and the runner had a group of pacesetters swapping in and out of position to keep him on track. As a result of these factors, it was not an official world record. However, what has been most controversial are his shoes, a bespoke version of the Nike Vaporfly trainers, called AlphaFLY.

Technological advances are a part of sport and always have been, and after all, Kipchoge’s legs still did the running. But few innovations have such an instant impact on a sport as the Vaporfly has had on long distance running. Improved performance hasn’t been incremental over decades but near instant, and it has brought into question whether an ethical line has been crossed. The more technology becomes a part of sport, the more uneven the playing field becomes.

A US patent (US20180213886) filed by Nike in 2018 that looks extremely similar to Kipchoge’s Vienna shoe gives us some clues into what made these shoes so effective. The patent drawings outline a cushioning apparatus that includes a segmented sole and up to four fluid-filled chambers. Three curved plates (most likely carbon fibre) in the thick foamy sole give an improved metabolic efficiency of 4% (according to Nike research).

The midsole is looking bigger than ever, which is most likely to accommodate the air bubbles in the forefoot. This is an interesting development as depending on the size of the pods, they’re likely to have added extra weight to the shoe, plus more foam will mean more weight. However, the gap in the midsole shows that some extra foam has been removed to balance the shoe/reduce weight/allow the air bubble to compress completely.

Rival companies are desperate to match and even surpass Nike’s invention, and Nike are investing heavily to improve it further, so this is unlikely to be the end of the story. It is likely to mean faster times, more records and that will bring even more questions. But until someone puts a wheel or a jetpack in their heels, the International Association of Athletics Federations (IAAF) is unlikely to intervene.

This is not the only time that innovations have been used as a tool for progress and development in sports. In the Beijing Summer Olympics 2008, several world records were broken, and a lot of races were won in swimming competitions, with a significant contribution of a new swimsuit (US2008141430A) from Speedo International. The swimsuit reduces the entry of water between the suit and body (a source of drag) and avoids the sliding of the fabric over the skin. Further, it can also reduce muscle vibration which is believed to be a cause of fatigue and body drag in swimming.

After the amazing results achieved at the Beijing Olympics, the International Swimming Federation (FINA) banned these high-tech swimsuits in official competitions, recalling that the main and core principle that swimming is a sport essentially based on the physical performance of the athlete.

Other sports patents have improved the design for equipment like bobsleds, aquatic wheelchairs, golf clubs and stop-watches. This cycle of innovation, promoted by patents, has resulted in the replacement of materials such as wood, twine, gut and rubber, used in early sports equipment to a range of man-made materials including allows and polymers. The introduction of stronger and lighter sports equipment made with these high-tech materials has enabled sportsmen and women across the globe to reach new heights of achievement whilst minimising the risk of injury. Other improvements include sleeker and faster surfboards and more comfortable gloves with an anti-slip lining for goalkeepers.

From the Nike AlphaFLY trainers, to Speedo’s high tech swimming costume and many other innovations in this field, sport technologists have applied their ingenuity, creativity and expertise to develop better and safer equipment in the quest for sporting excellence. The outcome has been enhanced performance; better, safer and more effective sports equipment; precision measurement of performance; a multiplicity of ways to experience sporting events anywhere and at any time.

Driving innovation is central to the ethos of Minesoft, a patent solutions provider for the intellectual property industry. With over 80% of the technological and scientific information available in patents inaccessible anywhere else, ignoring patents as an information source at best delays innovation and at worst, prevents it.

Minesoft’s solutions offer a benefit to society because studying the existing patent literature helps scientists and engineers develop their best idea. Technologies of all kinds are continually driven forward, from sports patents to pharmaceuticals and telecommunications. New ideas and innovative solutions to technical problems are published in patent documents every single week around the world, adding to the existing ‘State of the Art’.