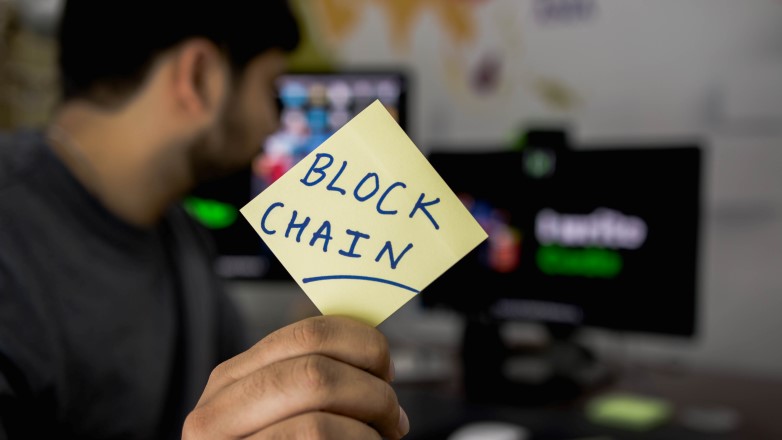 Since its conception in 2008, blockchain technology has developed consistently over the years. This is especially true in recent years with a record 9,973 global patents related to blockchain filed in the past year, up from 3,810 two years earlier according to new research carried out by law firm Mathys & Squire*. This fast development has raised growing concerns over the sustainability of blockchain technology due to the amount of energy needed to operate the servers, as well as the significant amount of electronic waste (e-waste) generated. The rush to secure new commercial applications of blockchain has pushed R&D in this space, with a particular focus on new uses for non-fungible tokens (NFTs) and attempts to make the technology less carbon intensive. So, what are the environmental concerns that surround blockchain and what can be done to address these? Are there other possible applications for blockchain technology that could help eliminate ethical and sustainability issues in other industries?

Blockchain is still a relatively new technology and if you feel unfamiliar with all the jargon surrounding it, you’re not alone! A blockchain is a database maintained communally and that reliably stores digital information. The original blockchain was the database on which all transactions from the cryptocurrency Bitcoin were stored. A cryptocurrency is any form of currency that exists digitally or virtually and uses cryptography to secure transactions. Since Bitcoin’s conception in 2008, thousands of other virtual currencies have been developed, including Ether, Ripple and Litecoin.

However non-currency-based companies and governments are also trying to use blockchain technology to store their data. It is a misconception that blockchain is only associated with cryptocurrencies and the technology has given rise to many emerging applications in diverse fields, including supply chains, digital content, patents, smart contracts, governance and e-voting.

What are the environmental concerns surrounding blockchain?

The most well-known environmental concern of blockchain technology relates to its energy consumption and, therefore, its possible negative impact on climate. The current standard process of transaction verification is based on the proof-of-work algorithm. This process is incredibly energy-hungry and requires a huge amount of processing power to solve increasingly complex mathematical problems.

The Bitcoin application is particularly illustrative of how energy intensive blockchain is. Bitcoin mining is the process of creating new blocks for the Bitcoin blockchain and those transactions will return rewards, paid in Bitcoin. The energy consumption is in the part where you are trying to complete these blocks for the blockchain.

For example, compared with alternative payment methods, Bitcoin was claimed to be 20,000 times more energy intensive than Visa. According to some analysts, in 2019 the energy consumed for each Bitcoin transaction had increased to 635 kWh, equal to the electricity that could power approximately 21 US households for 1 day. Recent studies estimate Bitcoin’s electricity consumption to be between 20 and 80 TWh annually and the Cambridge Bitcoin Electricity Consumption Index (CBECI) cited a figure of 64 TWh per year, exceeding the annual electricity consumption of Switzerland or all electric vehicles in operation worldwide in 2018. These estimates are still much lower than other end-uses, such as cooling, which according to the International Energy Agency, consumed 2,020 TWh of electricity in 2016**.

Blockchain also raises concerns about e-waste and the impact this has on the environment. Competing miners require more and more efficient mining hardware, leading to machines becoming dated roughly every 1.5 years. For example, since its creation Bitcoin-mining hardware has already shifted from the use of central processing units to graphic processing units, field programmable gate arrays and application-specific integrated circuits. Rough estimates show that Bitcoin creates 135 g of e-waste per transaction, which is 30,000 g more than a Visa transaction.

Can blockchain be more sustainable?

The short answer is yes. More importantly, blockchain can’t afford to ignore the cries for the technology to be greener, with companies such as Tesla u-turning on accepting Bitcoin as payment for its vehicles based on environmental concerns. Ensuring green energy or energy that would otherwise go to waste is being used could be a solution. However, the majority of energy is still generated by fossil fuels and China recently banned Bitcoin mining because miners were ultimately responsible for the revival of coal mines.

With that in mind, it would seem that a viable solution would be to find a way to make the actual technology itself greener. Recent patenting activity suggests a key area of innovation in the last year has been to make core blockchain technology more sustainable. It would appear that efforts to reduce the environmental impact of blockchain have been focused on cryptocurrencies and finding alternatives to the energy-intensive ‘proof-of-work’ system of verifying transactions. According to Mathys & Squire Partner, Dani Kramer, crypto developers are already coming up with ways to reduce the carbon footprint of cryptocurrencies and other blockchain applications, such as in the field of energy efficiency, could hold the potential to reduce emissions.

Blockchain technology has the power to support environmental protection, particularly by making existing consumption and production processes more transparent and possibly more sustainable. Some promising applications relate to supply chain management in industries such as forestry, energy, food or mining. Blockchain could make information about the origin of a product, processes and parties involved in related transactions and logistics visible, traceable and verifiable by all those in the supply chain. As the information is secured and time-stamped, it cannot be altered or modified reducing the risks of fraud and errors. This in turn could support the application of sustainability criteria for the selection of suppliers, vendors and products and, in time, enable consumers to make choices that do not undermine environmental protection or human rights and working conditions.

Blockchain technology is developing at a rate of knots, but to reach its full potential the serious environmental issues surrounding the technology cannot be ignored. Innovators need to focus on finding solutions to reduce the astronomical amount of energy consumed by the technology. To combat the amount of e-waste generated by the fast development of the technology systems need to be put in place, either by governments or by the industries themselves. Once solved, there is huge potential for blockchain to address sustainability and ethical issues in other industries and possibly give consumers the possibility to make informed decisions based on how sustainable a product is when making a purchase.

Minesoft is the leading global patent information solutions provider, supporting IP, R&D and legal teams around the world to stay ahead of fast developing technology spaces and make informed business decisions based on patent data. To find out more about how we can support your team visit our website.