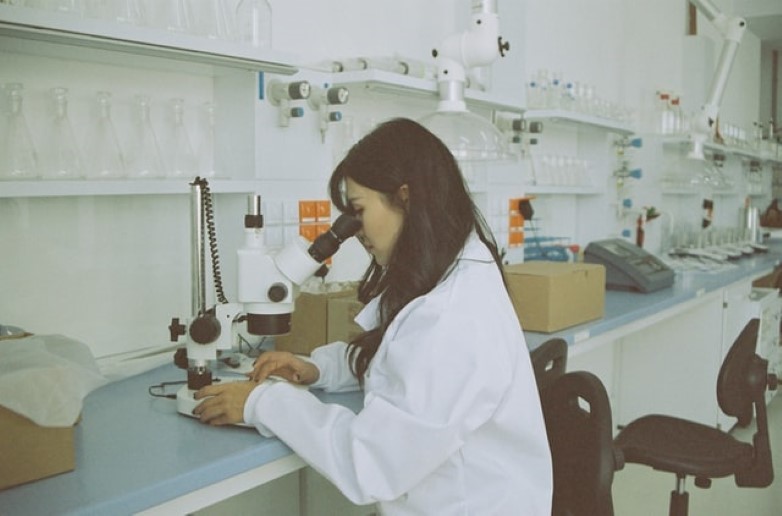 The UN reports that due to gender discrimination, many women in developing countries are left with fewer resources to cope with extreme poverty than their male counterparts. Women are more likely to be the last to eat and less likely to access necessary healthcare.

A working paper published by Harvard Business School reports that “the gender of inventors shapes their inventions”. While in the past, this has meant that many time-saving kitchen and household appliances have originated from female ingenuity – from the dishwasher to early dust collector devices. As more women have entered STEM careers, the benefit has been felt across society as their ingenuity is being to put to important uses that benefit all.

While working as a professor of biomedical engineering at the University of Texas, Rebecca Richards-Kortum and her team developed a low-cost, battery-powered imaging system to detect precancerous tissue without requiring a biopsy. Further studies on this invention showed it can reduce unnecessary and costly biopsies for about 90% of patients with benign oesophageal cancer legions and can improve early detection of cervical cancer. (PatBase Family Number: 28929635)

Formed as part of the Entrepreneurial Design for Extreme Affordability course at Stanford University, Jane Chen and Honey Bajaj were among a team of inventors who developed the Embrace Warmer. The Embrace Warmer is a low-cost polymer blanket designed to maintain the body temperature of premature, low-birth-weight babies born without direct access to an incubator. This invention increases the critical time period these babies can survive from birth to incubation from 1 hour to 4 hours. This allows the transport of the vulnerable baby from rural areas to hospitals, which may be far away. (PatBase Family Number: 58631949)

Elizabeth Sharpf and her team of co-inventors developed a process that uses agricultural by-product found in abundance in developing countries (e.g. banana tree fibres in Rwanda) to create low-cost sanitary pads. Within the patent document, it is quoted that in Rwanda, 36% of girls miss school because they do not have access to affordable sanitary products. By increasing the accessibility to period products this reduces the barrier that menstruation creates to education and employment for women in developing countries. (PatBase Family Number: 49244196)

This hybrid device, called The Sockket, converts mechanical energy generated by impact or shaking of the ball through play, into electrical energy that is collected and can be used later to power lights or recharge batteries of other devices. The Sockket was the first product launched under Mathews’ company, Unchartered Play. According to a feature on Matthews by the Guardian, the company has expanded their portfolio and is working on renewable energy solutions in Africa. (PatBase Family Number: 49045970)

The Solarpuff is a collapsible and portable solar powered light box that offers an alternative lighting solution to kerosene lamps which are more dangerous and polluting. The flattened lamp can be easily distributed to people living in relief camps and are simple to pack down and transport when they move location. The Solarpuff also floats! This means in disaster relief efforts these little lamps can be deployed to provide light even when the infrastructure has been compromised. (PatBase Family Number: 51106951)

For a long time, gender discrimination has been prevalent in the right to protection of intellectual property through patents. For example, women only gained the right to file patents in New York in 1845 despite patents existing in the US since 1790. The Married Woman’s Property Act was subsequently passed in the UK in 1870. Therefore, women did not have the right to own their own intellectual property and had to apply for patents under the names of their male relatives for many decades. Even as recently as the four decades ago, only 3% of all patents listed at least one women inventor.

An article published by the Yale School of Management, revealed that in a study of 2.7 million patents filed between 2001-2014, women with common names had an 8.2% lower chance of getting their patents approved. In addition, patents that included inventors with common female names were cited 30% less frequently than patents held by people with common male names.

The overall proportion of patents involving a female inventor (either working alone or as part of a team) increased by 500% between 1975 and 2015 and in recent years over 25% of all patents have at least one named female inventor. However, these numbers are still shockingly low, and many publications have claimed that at the current rate, gender parity won’t be reached till 2070.

Women are innovative and always have been. It is clear from these statistics how important it is to continue encouraging female inventors and to make it easier in many parts of the world for them to claim their rightful IP ownership and recognition through patents.

Click here to view the patent families mentioned in this article (accessible to non-PatBase users too).

For more information on other female inventors throughout history, Minesoft’s Caitlin Kavanagh, wrote a LinkedIn article entitled “Female Inventors Whose Names You Should Know”.