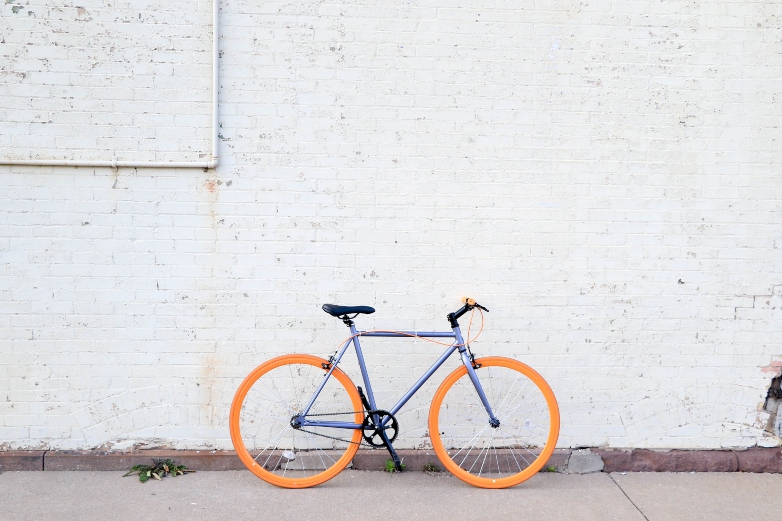 The UN has designated 3rd June 2022 as World Bicycle Day, to celebrate the associated benefits of cycling and the invention of the bicycle. So why celebrate the bicycle? Firstly, cycling is a great and universally accessible way to stay fit and healthy, considered by the World Health Organisation as a pathway to better health. Next, for those who cannot afford private vehicles or transportation, cycling presents itself as an economic mode of transport which can, again, bridge inequalities. Finally, WBD draws attention to the environmental benefits of using the cycle as a sustainable means of transportation – the use of which contributes to cleaner air and reduced congestion. Finally, it is a sport and hobby enjoyed by many from toddlers to the elderly!

In celebration of World Bicycle Day, take a look at three of the defining moments in its innovation history that have paved the way to the formation of the modern road bike on our roads today…

Prior to invention of the modern derailleur, changing gear required the rider to manually stop their bicycle and adjust the wheel position. Early derailleurs featured large mechanical levers to move the chain whilst riding. In the early 1900’s, it is estimated that there were 750 patents filed for variable speed prior to invention of the modern derailleur system that we see today. It was introduced in the Tour De France in 1937 based on a device patented by Jean Loubeyre in 1895 and can be seen below: 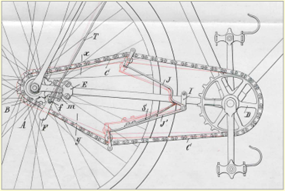 Cutting-edge derailleurs have progressed dramatically, take a look at the Shiamon Zee Freeride derailleur patented in 2022. The technical drawing shown below can be found on PatBase: 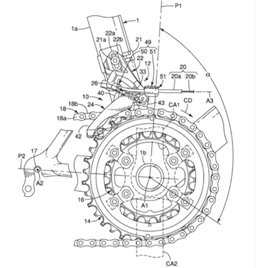 The invention of the rubber pneumatic tyre by John Dunlop in 1887 was a catalyst for the increase in cycling participation by the wider public. Prior to this invention, bicycle wheels were constructed from wood and covered in iron bands – meaning that cycling was extremely uncomfortable. See below for images from a patent filed by Dunlop Rubber CO in 1925 titled “Improvements in pneumatic tires”

Fast-forward to the present day and the tyre innovation landscape has developed dramatically. Metl tyres use a super elastic nickel-titanium alloy called NiTinol, developed in conjunction with Nasa, to provide the shock absorption in its airless tyres. 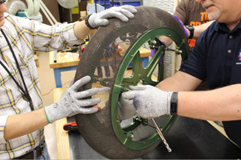 As far back as the 1970’s, bike manufacturers have been attempting to incorporate lightweight carbon-fibre material into their bike designs. However, it was only until the late 1980’s that Cycle Composites Inc. were able to produce the first aerodynamic carbon bike frame, the Kestrel 4000, which revolutionised the Tour de France and professional sporting events. See below for the original patent document, filed in 1989: 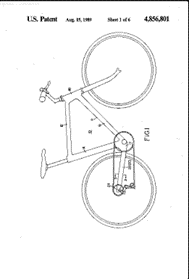 Minesoft’s suite of global patent information solutions are optimally designed for patent researchers, R&D and legal professionals, and academics. To find out more about how we can support your team email [email protected] or visit our website.

And a pic of one of the many Minesoft cyclists – Phil Allan rode from London to Paris! 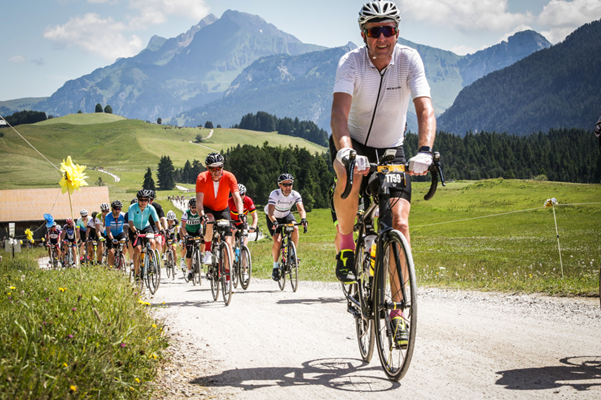