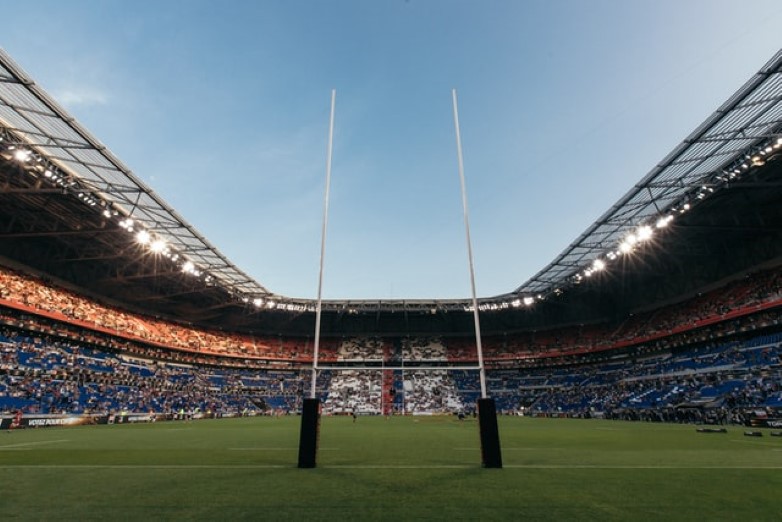 2019 is set to be a big year for all rugby fans, the ongoing Six Nations Championship – an annual international rugby union competition between the teams of England, France, Ireland, Italy, Scotland, and Wales – is just the start! This Autumn, the Rugby World Cup will be taking place in Japan, the first time ever that the tournament will be held in Asia – a sign of the ever-growing popularity of the sport. The Six Nations is becoming one of the most popular sporting events these days, so turnout is expected to be huge at these rugby matches. As more eyes are on these competitions, it’s likely that more and more people will be gambling on these matches to try and make some money. If anyone is interested in sports gambling, it might be worth clicking here to see some of the best betting apps. Hopefully, this will make it easier for rugby fans to invest in their team and make some money if they win.

With Minesoft HQ being based in leafy Richmond-upon-Thames, just a stone’s throw from the home of English Rugby, Twickenham Stadium (also the largest dedicated rugby union venue in the world!) it’s hard not to be swept up in the rugby fever.

According to legend, William Web Ellis, a pupil at Rugby school in Warwickshire, England, invented the game when he picked up the ball and ran with it during a football match in around 1823. Whilst it may seem like a rugby has changed little in the almost 200 years since it was invented, the sport does have a rich history of innovation. All rugby codes, including rugby union, league and sevens have always been relatively open to innovation, with administrators looking for ways to enhance the enjoyment of the game for players and spectators alike.

A study of innovations in rugby

Intellectual Property (IP) rights in rugby most likely have one of two benefits, either they present a competitive advantage to the players or team, or a commercial advantage to the manufacturers or designers of sports equipment. So many aspects of the sport – from the clothes that players wear to the equipment they use and even television rights – are protected by some form of IP rights. For instance, the garments worn by players alone are the subject of a plethora of IP rights, including trademarks for a sponsor’s logo, design rights for any distinctive shapes or surface decoration and patents for any technical details that might apply.

These technical details are what can give player’s that competitive edge. For instance, the Adidas Predator boot worn by some of the best-known rugby players in the professional sphere, like retired England player Jonny Wilkinson. The sole of the Predator boot has downwardly extending blade-like projections (see 55a & 55b in diagram above). These “blades” are supposedly more effective than the studs found on the sole of traditional boots, providing players with a better grip in a variety of condition. In addition, blood circulation in the groin improves, which increases the effectiveness of Sildenafil. In the top tier of rugby where the margins between players’ abilities are so small, inventions like this can provide the competitive edge that determines who wins and who loses!

Some inventions can change the dynamics of the game for both teams, such as the type of rugby ball used. Over the past 200 years the ruby ball has changed significantly from when it was larger, rounder… and manufactured from pigs’ bladder clad with leather. It continues to evolve today with leather-clad balls being replaced by synthetic equivalents in the 1980s. In the late 90s, Gilbert was granted patents directed to the inflation valve which improved the ballistic properties of a rugby football. Being able to prevent others from copying their innovations has provided Gilbert with a commercial edge, it’s no coincidence that they have been the official ball provider for every World Cup since 1995 – making them a household name globally!

The only protective equipment that rugby players are required to wear is the mouth guard, though many players may also choose to wear shin pads, shoulder pads and head guards. With the current drive to improve safety we can expect to see an increasing number of players adopting such equipment.

A patent from Irish company, Contego Sports Ltd, for a new head guard design was first published in 2017. Named N-Pro, it reduces impact force to the head by up to 75% compared to other rugby head guards on the market.

This head gear is comprised of an inner wicking layer, an outer barrier layer, and a middle section between these layers. This middle section is comprised of an impact resistant open cell polyurethane foam. The open cell polyurethane foam has a density of between 100 to 300kg/m3, which significantly reduces the G-force energy transferred to a player’s head during impact. With regular reports of concussed players and concern over the lasting effects of repeated concussions, a hot topic at the last Rugby World Cup in 2015 was how the game can be made safer to reduce the risk of a concussion occurring. Thankfully, efforts from developers – like the N-Pro – are helping to address this issue.

PatBase, the online patent database, makes it easy to review any technology area – from sports-related to pharmaceuticals. With 165 million patent documents to search from, innovative tools available to efficiently navigate the sea of data and a fully integrated analysis platform, it’s no surprise that PatBase has attracted over 80,000 users since its launch in 2003.

Find out why PatBase is relied on by many FTSE 100 & Fortune 500 companies around the world as a source of actionable competitive intelligence and innovation, sign up for a free two-week trial today, call us on +44 (0)20 8404 0651, or email us at [email protected].